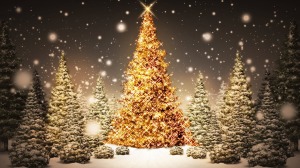 Christmas is a pretty exhausting time in the business world, isn’t it?! Many of the course participants I teach are desperate for their holidays but at the same time they are still ploughing through mountains of work and struggling to meet rapidly approaching deadlines. For English trainers it’s a challenge to motivate learners so that they keep on attending and prioritise the last few weeks of English training.

This season is also a very interesting time to learn about individual organisations and their policies regarding Christmas festivities and practices. A number of companies where I teach in Germany forbid learners from accepting any kinds of presents, so apart from the odd mince pie, it’s basically impossible to give them any gifts. Where suppliers have gone against the ‘no present’ rule, gifts received are often put into a pot and raffled off or distributed at the staff Christmas party.

Most organisations in Germany pay their staff a bonus at Christmas, very often in the form of a thirteenth month’s salary. This is part of their contract when they begin their new job. Not bad, huh?! Another perk of working in a German organization at Christmas, especially a manufacturing company, is that there is very often a general company shut down where only a skeleton staff is employed over Christmas and New Year. This means that, for many of my clients this year, they’ll be enjoying a long and very well-deserved break from 19th December to 7 January.

As in many cultures, this holiday period is a cause for celebration and most companies organize some kind of party for their staff. In contrast to my native UK, most companies in Germany discourage heavy drinking (!) and parties are often a fairly sober affair at a local restaurant or held on the company premises. That said, as many Christmas traditions originate in Germany – think trees, advents calendars, ‘Silent Night’ and mulled wine – company parties often centre round festive customs such as carol singing, eating traditional foods and of course reflecting on the year gone by.

My own classes are struggling to maintain motivation in the last couple of weeks, so I’ve written a light-hearted business English lesson, designed for my participants to discuss the best way to organise their next Christmas party at work. They’ll discuss the do’s and don’ts of organizing the event and will compete with each other to present proposals for the most creative and original party on a limited budget. If you’d like to use the lesson, you can find a copy here – feel free to try it out.

I hope that many of you will also be able to enjoy a relaxing Christmas period and wish you all the best for a good start to 2015! Happy holidays!

What I’ve been up to

What you have to say

My Tweets
English for Business

Decentralised Teaching and Learning
Get them talking

...it's what we humans were imagineered for...

Thoughts, rants and ramblings on the teaching of English as a Foreign Language

Learning from each other, leveraging the differences, doing better business.

Reflections of an English Language Teacher

Classroom materials and teaching tips from TEFL lifer Alex Case. See the drop-down menus under the photo for thousands of photocopiables and articles, and for how to support TEFLtastic

A Blog About Education

Oh God, My Wife Is German.

The Misadventures of an American Expat and His Wife in Germany

...and other things I'm not so sure about

Still Standing - Careering Into My Seventies